Last week, on my birthday, one of my favorite authors passed away unexpectedly. From the very first book, A is for Alibi, I was hooked by Sue Grafton’s style and her private detective creation, Kinsey Milhone. Divorced three times and living on her own, Kinsey pokes around the seamy side of central California, solving murder mysteries that involve things not especially glamorous, like insurance fraud. Grafton’s books paint a very different image of California than the dreamy one the rest of the world sucks down like an acai berry smoothie. 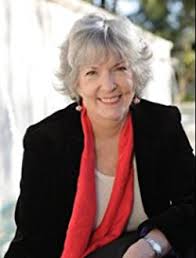 Back when I was a single parent, I read Grafton’s books after I put my son to bed. I couldn’t wait to get back to that world, with Kinsey, her octogenarian landlord Henry, and the tacky Hungarian restaurant where Rosie tells you what you’ll eat for dinner.  I related to Kinsey and her bare bones wardrobe:  her one crumple-proof black dress, her struggles to find a pair of panty hose without a run. That was my life, as a mom and tech startup employee. She was a woman, doing her job and triumphing over the bad guys. My existence at that time was pretty scrappy, too. I worked my ass off in start-up land and lived in an apartment about the size of Kinsey’s tiny studio in Santa Teresa. Kinsey was my relatable but way more badass friend. 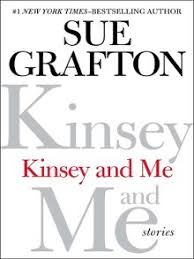 So when I heard Sue Grafton died, I felt like I’d lost someone close to me. I wouldn’t get to see Kinsey grow and deal with her past (though on the plus side, kindly Henry and his elderly siblings will never die, either).  After Grafton’s Y is for Yesterday, there will be no Z to finish the alphabet. As a writer, I always cringed at the enormity of the task facing Grafton, to finish 26 books and do them well.

Yet I was hoping. I wanted to see where Kinsey and her world ended up.

Maybe ending with Y is just fine, because Grafton finished what she started. She created a strong, unforgettable female character and opened the door wider for women mystery writers. She influenced and inspired me, from back in those days when I stayed up too late on a work night reading her books. I told myself, someday—after all the software releases and child raising—I would do the same.

View all posts by Victoria Kazarian